How to Safely Enjoy a Night Out in College 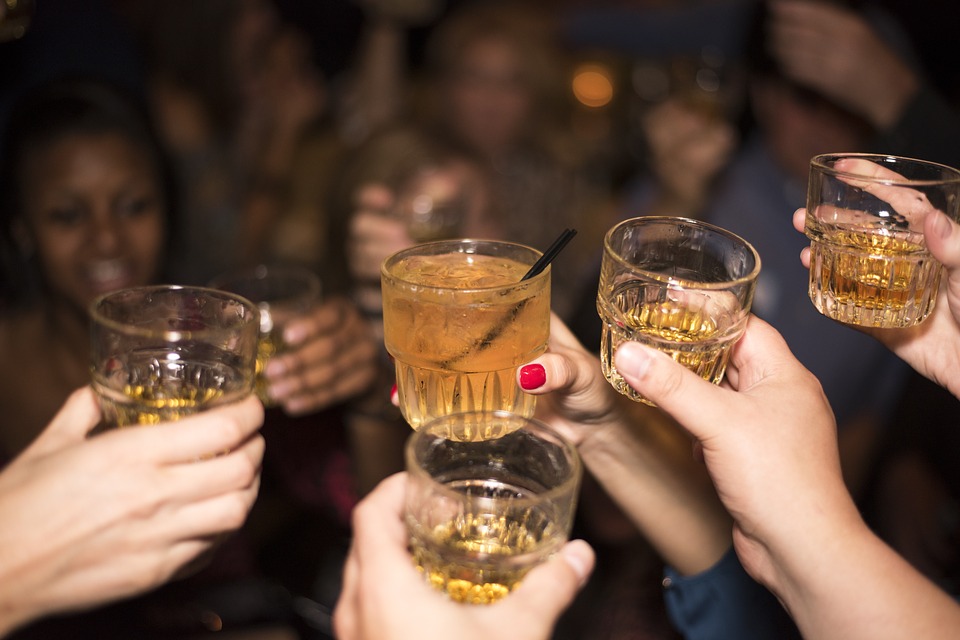 But if you’re like every other college student, you’ll look forward to doing something on the weekend other than homework and studying. Unfortunately, parties can sometimes cause even more stress than a biochemistry test. Alcohol poisoning, sexual harassment, and even worse, rape, are themes heavily associated with college parties. But here are some ways to avoid these themes and safely enjoy a night out in college.

1) Go with people you trust.

You should probably never ever go to a party (on or off campus) by yourself. You don’t know everyone in that party, and even if you do, everyone acts differently under the influence. Get a group of friends that you trust. Go to parties with people that sincerely care about you and won’t leave you vomiting in the bushes or dancing with a handsy stranger. Take care of your fellow bears.

2) Keep your phone on you at all times.

If you can’t find your friends, call them or send them a text to let them know you’re okay and that you’re looking for them. It can be dark at times, and depending on how deep the club is, you might not be able to see your friends. Save yourself and your friends by shooting them a text when you happen to lose contact with them for long periods of time.

3) Let your friends know your every move.

Since you’re with friends that you love and trust, it wouldn’t hurt to tell them where you are. If you want to dance with someone, make sure your friends are nearby and send them a text every now and then to let them know you are still okay.

Four out of five college students admit to drinking alcohol, according to the National Institute on Alcohol Abuse. On that same note, I’m not going to pretend that binge drinking isn’t a big issue among college students. Are you a guy who’s had five or more drinks in two hours at a party? Are you a woman who’s had four or more drinks in two hours? Then you, my friend, have been binge drinking.

Binge drinking hurts not only your liver and your state of being, but also everyone around you. Some people act abrasively around their friends while under the influence. Others might go to certain extremes like driving. The effects of binge drinking are responsible for over 80,000 deaths in the U.S every year, according to the Centers for Disease Control and Prevention.

However, even if you pledge to never drink and drive or binge drink, it’s still important to recognize your limits. Some people have relatively higher alcohol tolerances than others and this is something you should be aware of before you make the decision to go out.

Related: To the Freshman Girls that Don’t Drink or Have Sex.

5) Get your ride settled BEFORE you reach the club.

If you’re going to drink, don’t drive. Period. Find a designated driving friend and have them drive you to the party/club. If none of you have a car, use the trolley, but make sure you’ve downloaded the Mercer app so you can find the trolley’s schedule. Know the time of the trolley’s last run so you won’t miss it. And trust me, if you’re downtown, slightly inebriated, and with a bunch of strangers, you won’t want to miss it.

Sex is a common activity that many college students partake in. But one thing that’s equally as common is rape. It’s totally natural for couples to slip away from the parties and into the bedroom. However, it’s safer to do so consciously and fully aware of everything. In short, sex and alcohol do not mix. Both you and your partner should be able to consent to sex, and repeat after me: if you are under the influence, you cannot consent.

7) If you see something, say something.

Not everyone has time to read the Cluster and prevent a stressful night. That’s why, if you see someone disregarding these tips, help them out. Whether you know the person or not, if you see someone drinking obsessively, dancing uncomfortably or acting aggressively, do something about it. Don’t think of yourself as a bystander. Instead, stand by anyone who might need your help.

Also, although Mercer encourages its students to relax and enjoy their downtime, it’s important to note that Mercer is a dry campus that does not condone underage drinking. Bears, please drink responsibly.

Have you ever been to a college party? How do you stay safe?

This is an article I wrote for my school’s newspaper, The Cluster. However, the information is pertinent for every college student. Let’s take care of each other in this world.

← Prev: Money Mistakes I Made as a Freshman in College Next: Why I Started Going to a Counselor →