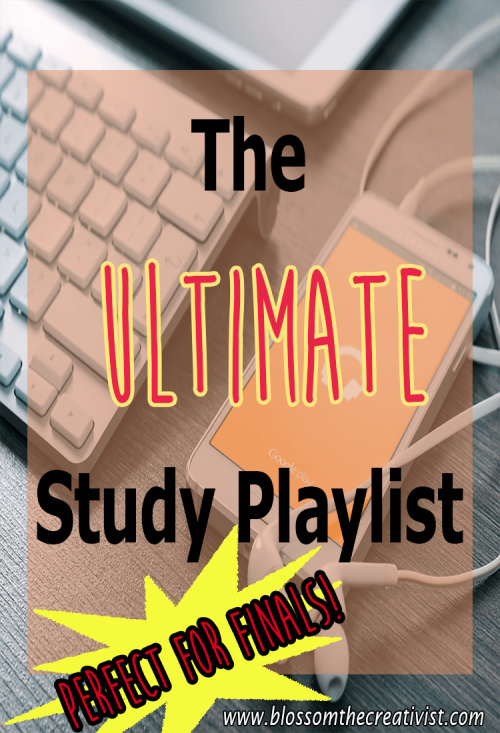 Music. Who doesn’t need music? Almost every teenager calms down, gets their daily dose of euphoria, or hatches their best idea with music. But don’t just single songs out only as your escape. Use it to your advantage and listen to music while you study for finals. Of course not everyone can take music when they study, but fear not: I’ve got the perfect solution for you!

Have a deadline to meet?

Don’t know how to start?

Can’t seem to PUT.WORDS.ON.PAPER?
I just started using a music player from Focus@Will. His team promises a variety of sounds scientifically proven to help you focus better. And what’s cool about it is there’s severaaalll different modes to choose from, so you’ll never get bored or sleepy listening to the same type of music. They’ve got everything from water to ADHD (literally, that’s a genre).

And if you feel like something’s too distracting, you can lower the beastmode of the music by playing with the Music Energy Level bar, and it’ll automatically take you to a less pumped-up song.

And if you wanna lose all the fat you’ve ever gained in your entire life, head on over to ADHD for an intense, invigorating workout. The beauty is that Focusatwill.com does not discriminate! When they say focus, they mean focus: on school, on exercise, on crayons, on eating bread. Wouldn’t be surprised if they had a genre called “watch paint dry.”

Oh! And there’s a little countdown timer that you can modify for whatever. It kinda pushes me to work harder so I can say danng I worked for like 30 minutes nonstop. Snack break!

Related: How to Not Binge on Halloween Candy

And then if you pause your music, it’ll keep blinking at you until you hit play again to force you to KEEP WORKING.

Then at the end of the session, they ask you how productive you think you were, and you’ll definitely feel like a boss after you (honestly) answer. It’ll do this every time you use the music player, and you can also see your progress as time rolls on to remind you how much you’re improving. Click the banner below to try it out for yourself.

The one feature I love about it is the many different genres. I actually think switching up genres when I study helps me focus better, because I’m not listening to the same noise all the time—You know, like eating a salad every day or going to Subway every day. Gotta switch it up or you’ll find rats in your food.

Here are a few other genres you can try from dear old Youtube. Of course there are ads which can get annoying, but someone’s gotta make money somehow.

That reminds me, have you met my lovely youtube channel?

New age is the hipster version of classical music. It’s the type of music you’ll here in a final fantasy soundtrack. Most of the time it’s just instruments and melodies and no voices, which makes it calm enough to concentrate with but not boring enough to make you fall asleep. My top new age artists:

Karunesh: he’s this middle-aged man that makes music inspired from different Asian cultures, especially Indian. Honestly just type in Karunesh in Youtube and your paper will be done.

Yanni: He’s the second New Artist I found, but I have more of an affinity with him because he went through the same struggle I’m going through by teaching himself piano and not majoring in his passion either! But anyways, he also makes great music suitable for studying. And he’s currently on tour and I’m going to see him.

You know how dubstep sounds like 1001 transformers having sex sometimes? Chillstep is awesome because it’s like the sedated version of that raucous. It’s like two transformers expressing their love for each other by slow dancing with each other. On Youtube, there are many mixes on Youtube—some with voices, some without—but the best thing about it is most of the time these mixes are 1+ hours long! There a bit shorter than the ones at Focusatwill.com (I don’t think those ones end at all to MAKE sure that essay gets written!)

Honestly all chillstep sounds a bit similar to me. I wouldn’t be able to tell you which youtuber created that certain mix, I mean. But I like chillstep. Every song is a bit different from the next one and it makes you reflect on life sometimes. It sends you away to a mystical world where everything is art. Who needs drugs, you know?

Music is honestly a must for me when I’m studying in a comfortable room. Without it, I’ll be knocked out. What about you all? How do you guys study? What works for you and what doesn’t? No matter the method, I am sure we will all dominate come finals week.

← Prev: Cyber Monday: What College Students SHOULD buy Next: 5 Things I Learned My First Semester in College →